Home » GENERA C » Conophytum » Conophytum pageae
Back to Category Overview
Total images in all categories: 11,506
Total number of hits on all images: 6,499,272 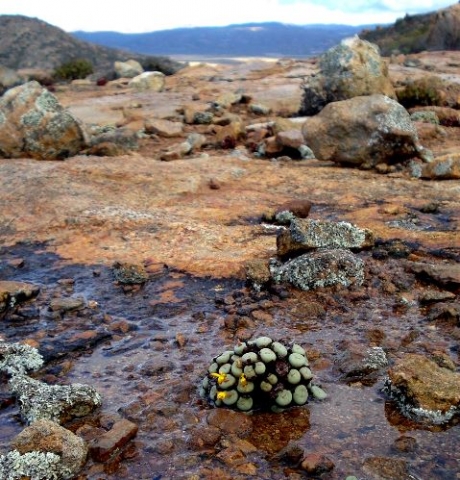 The distribution of C. pageae may be the widest of all Conophytum species, occurring in the Northern Cape and the far northwest of the Western Cape from the Knersvlakte and Tankwa Karoo across Namaqualand to the Richtersveld and into southern Namibia.

Apart from growing on rock sheets as in picture, the plants occur in open, arid and semi-arid conditions of the winter rainfall region. It is recorded growing high up on the Kamiesberg and at the highest point in Namaqualand on the Rooiberg at 1706 m where it contends with hard winter frost.

The species is not considered to be threatened in its habitat early in the twenty first century, although overseas horticultural demand for the plant may be making inroads into population numbers (Grenier, 2019; Frandsen, 2017; iNaturalist; http://redlist.sanbi.org).