Home » GENERA C » Combretum » Combretum imberbe bark
Back to Category Overview
Total images in all categories: 12,086
Total number of hits on all images: 7,381,037 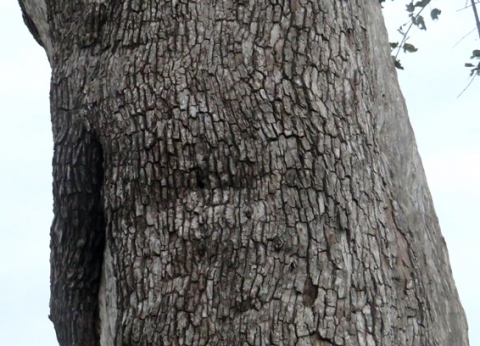 The whitish bark on old trunks, longitudinally fissured and transversely split, presents a neat pattern of sometimes nearly rectangular, interlocking pieces that remains largely unscathed by events that transpire around the tree over its typically long lifetime.

On the thickest lower part of the bole the little tile-like blocks become somewhat smoother surfaced on top than on smaller branches higher up. Bark on the branches may also be darker to nearly black and rough from the cracks and fissures.