Home » GENERA B » Barleria » Barleria senensis
Back to Category Overview
Total images in all categories: 10,196
Total number of hits on all images: 4,859,968 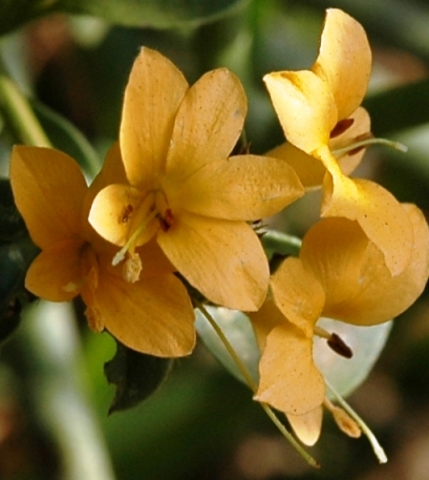 Barleria senensis has yellow flowers that grow in a terminal spike. The corolla is two-lipped with the upper one four-lobed and the lower one has a simple shape. The leaves are opposite, ovate, deep green and shiny.

The plant is deciduous, the colder winter parts of its distribution cause the shedding of leaves. During harsh winters it may die off above-ground and resprout in spring.

The species distribution is in Mpumalanga, Limpopo, Botswana, Namibia and Mozambique. The habitat is open woodland where the plant grows in full sun on flats and slopes in well-drained soils. The plant is not considered to be threatened in its habitat early in the twenty first century (Letty, 1962; www.plantzafrica.com; www.redlist.sanbi.org).