Home » GENERA B » Barleria » Barleria prionitis subsp. delagoensis
Back to Category Overview
Total images in all categories: 10,164
Total number of hits on all images: 4,829,122 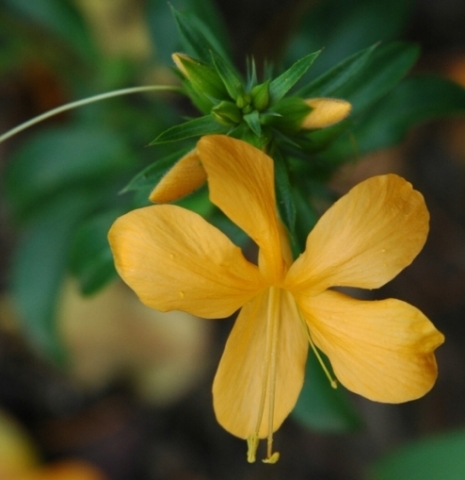 Barleria prionitis subsp. delagoensis is a perennial that used to be called B. delagoensis and commonly the Delagoa Bay barleria. It is an erect plant that grows in the north-eastern parts of South Africa, in Mozambique and in one locality in Swaziland.

The leaves are lanceolate to elliptic. The inflorescence is an erect spike of two-lipped orange flowers. The upper lip is four-lobed and the lower one is entire (www.sntc.org.sz; www.plantzafrica.com).