Home » GENERA B » Barleria » Barleria ovata
Back to Category Overview
Total images in all categories: 10,164
Total number of hits on all images: 4,829,112 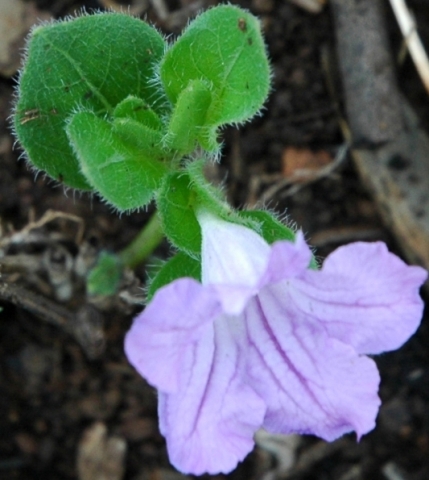 Barleria ovata is known as the grassland barleria as it grows in the summer rainfall grassland of South Africa from the Eastern Cape to the south-eastern parts of Limpopo.

The plant is an erect perennial that resprouts from the slightly woody rootstock in spring and after fires. It gives a hairy impression from leaf, stem and calyx, but the corolla is hairless. The leaves are opposite, elliptic, ovate or sometimes obovate.

The flowers are funnel-shaped and may be magenta, reddish to purple or shades of blue or white in colour. The blooming season is from spring to autumn (Germishuizen, 1982; Manning, 2009).