Home » GENERA T-Z » Widdringtonia » Widdringtonia schwarzii
Back to Category Overview
Total images in all categories: 11,110
Total number of hits on all images: 5,776,785 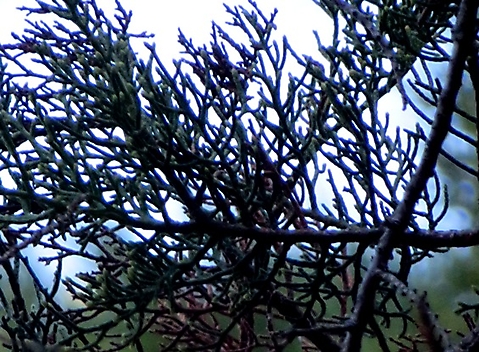 Widdringtonia schwarzii, commonly the Willowmore cedar and in Afrikaans the Baviaanskloof-seder, is a slow-growing coniferous tree, large and columnar to cone-shaped, reaching heights from 17 m to 40 m (SA Tree List No. 21).

The big trees grow down in the low parts of the valleys and ravines, those up on the higher slopes are much smaller to stunted. W. schwarzii is considered in many respects to be intermediate between W. nodiflora and W. cedarbergensis.

Young leaves are long and needle-like to linear, up to 2 cm long. Old leaves are short and scale-like, up to 4 mm long, growing in opposite pairs, perpendicular to the previous pair (decussate).

The species distribution in the Eastern Cape is small, limited to the Baviaanskloof and Kouga Mountains.

The habitat is rocky, north-facing slopes of ravines in fynbos, mostly in low nutrient, sandy soils. Elevations of the land in this region range from 600 m to 1200 m. The rainfall is low, around 400 mm per annum. The species is considered to be near threatened in its habitat early in the twenty first century, due to its inability to survive the too frequent veld fires occurring these days.