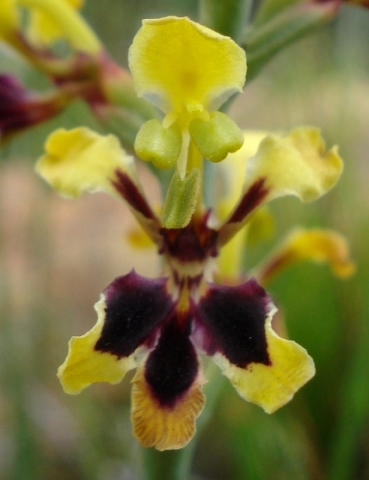 Features of the Tritoniopsis parviflora flower seen here include the thick, green, two-lobed anthers and three short yellow branches of the stigma. These precious parts are positioned under the upper tepal, arched together.

The flowers of T. parviflora exude a peppery scent probably triggering action in some insect species that frequent the neighbourhood vegetation. Imagine a flower being called pepersouskousie (Manning, 2007; Bond and Goldblatt, 1984).