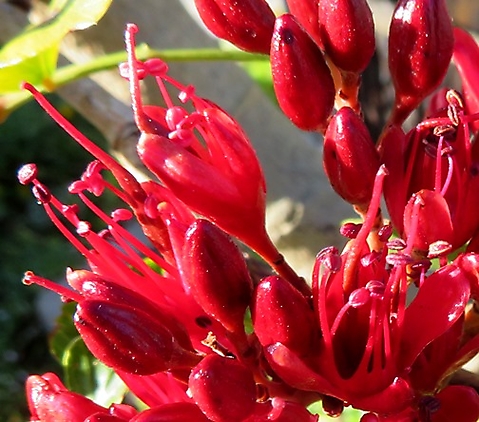 The narrow base of the Schotia brachypetala calyx tube is shown on some flowers and buds here. It widens in a bell-shape or top-shape before the four oblong to ovate sepal lobes separate for the inner floral parts to become exposed and functional.

The styles are longer and thicker than the stamens, their stigmas smaller than the anthers. The fleshy sepals appear petal-like, the petals being inconspicuously thread-like, similar to the filaments but lacking anthers, or totally absent.