Home » GENERA Q-S » Stachys » Stachys tubulosa flower
Back to Category Overview
Total images in all categories: 11,894
Total number of hits on all images: 7,136,568 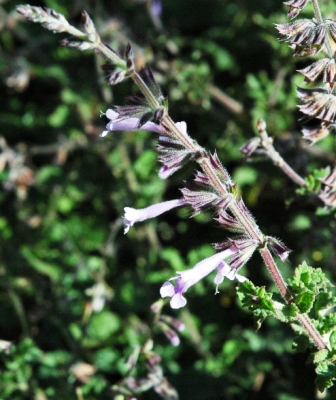 Stachys tubulosa or commonly the mauve sage is a hairy perennial, a soft though hardy evergreen with straggling habit, reaching heights up to 40 cm. The pale green leaves are ovate to cordate or heart-shaped, up to 7 cm long and 6,5 cm wide with toothed margins.

The pink and mauve flowers cluster in short inflorescences at stem-tips. They have straight, slender tubes with long, pointed lobes. Flowering happens from late spring to midautumn.

The species grows mainly in KwaZulu-Natal, slightly into the northeast of the Eastern Cape. The habitat is forest margins and shady places. The species is not considered to be threatened in its habitat early in the twenty first century.