Home » GENERA Q-S » Stachys » Stachys aethiopica
Back to Category Overview
Total images in all categories: 11,894
Total number of hits on all images: 7,136,568 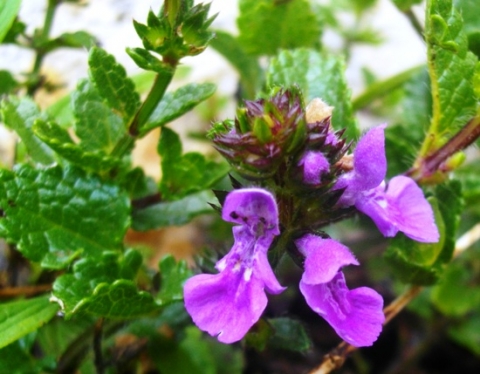 Whorls of mauve, white or pink flowers are produced in August and September. The two-lipped flowers have small spots scattered across the central part of the corollas. The upper lip forms a hood from which the four stamens protrude. The scent exuded by this plant associates it with cat urine.

The plant is strongly represented across the Western and Eastern Cape and KwaZulu-Natal, less so further inland into the Northern Cape, the Free State, Gauteng and Mpumalanga. The distribution continues into tropical Africa.

The habitat is varied, in fynbos, grassland, scrub and forest. The species is not considered to be threatened in its habitat early in the twenty first century (Manning, 2009; Bond and Goldblatt, 1984; http://pza.sanbi.org; http://redlist.sanbi.org).