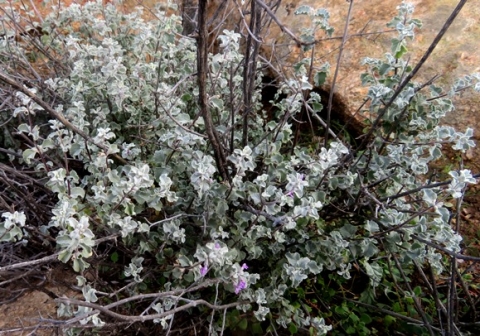 The species is common in the southeast of the Northern Cape and slightly across the border in the northeast of the Western Cape, a South African endemic.

The habitat is karoid rocky ridges, seasonal streambanks, slopes and kloofs. The species is not considered to be threatened in its habitat early in the twenty first century (Shearing and Van Heerden, 2008; iNaturalist; http://redlist.sanbi.org).