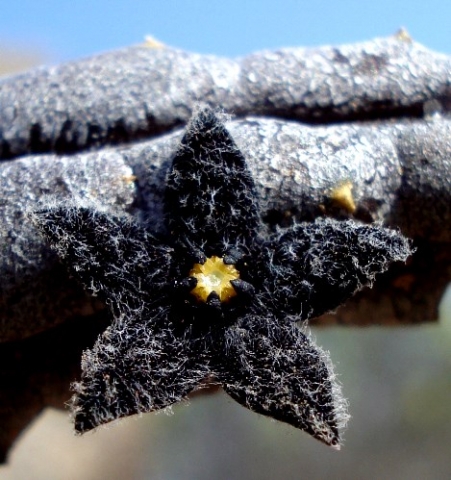 About three flowers emerge on short pedicels from the stem grooves, opening successively. The dark purple-brown corolla is shaped like a five-pointed star, its surface densely covered in whitish hairs. The specific name pruinosa, meaning frosty in Latin, refers to these hairs. Black corona lobes curve in like a claw over the anthers.

The plant is distributed in the Northern Cape from Namaqualand across the Richtersveld into southern Namibia. The species is not considered to be threatened in its habitat early in the twenty first century (White and Sloane, 1973; www.redlist.sanbi.org).