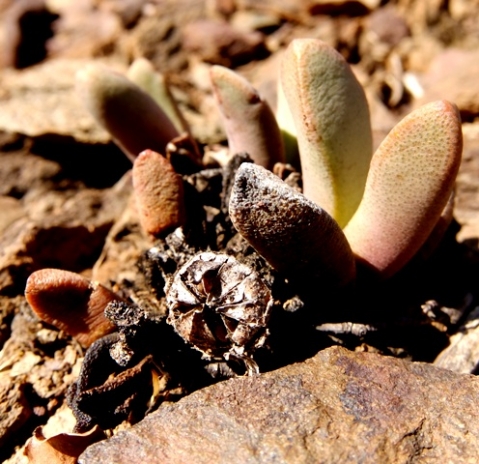 The dry seed capsule of Pleiospilos compactus subsp. canus in picture appears to have had 11 locules from which (most of) the seed had probably already been released. The picture was taken in March, making the capsule about a year old.

Fruit capsules of this genus have broad apically tapering valve wings, covering membranes as well as closing bodies. Locules vary in number from 9 to 15 in the small genus. Ovoid dark brown seeds are produced inside them.