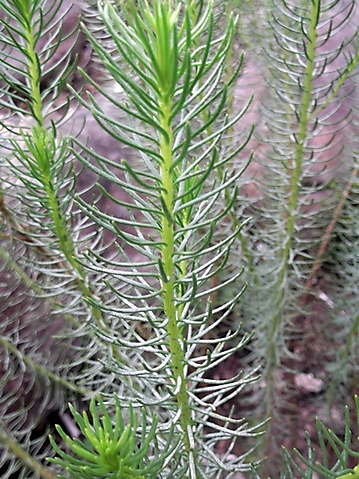 This young Pteronia stricta var. stricta plant has leaves much more sparsely spaced on upper stems than on the flowering plant also shown. The leaves spiral up the greenish cream upper stems. The linear leaves ascend near the tips and curve up in their upper halves lower down. They are stalkless, partly because the entire leaf resembles a stalk and it would be difficult to discern separation from a blade part.

The erect stems are also lax or loosely spaced and willowy.