Home » GENERA P » Phylica » Phylica axillaris
Back to Category Overview
Total images in all categories: 12,086
Total number of hits on all images: 7,387,165 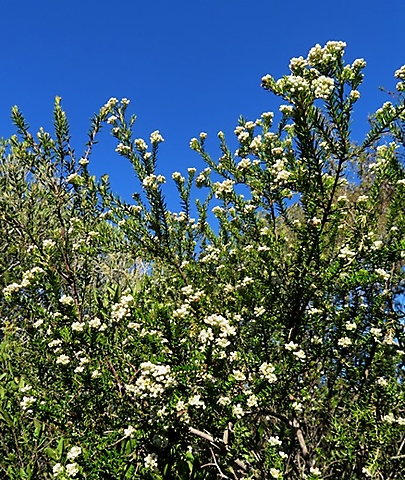 Previous
Image 1 of 62
Next

Phylica axillaris is a variable, single-stemmed and much-branched shrub reaching heights from 25 cm to 1 m.

The species distribution is a broad coastal strip from Bredasdorp in the Western Cape to the Katberg and Alexandria in the Eastern Cape. The photo was taken at Nature’s Valley.

The habitat is fynbos, coastal bush, forest margins and thicket on shale, quartzite or sandy slopes. The plants are sometimes abundant in seasonally moist places. The species is not considered to be threatened in its habitat early in the twenty first century (Vlok and Schutte-Vlok, 2015; Bond and Goldblatt, 1984; Gledhill, 1981; iNaturalist; http://redlist.sanbi.org).