Home » GENERA P » Pachypodium » Pachypodium namaquanum buds
Back to Category Overview
Total images in all categories: 12,061
Total number of hits on all images: 7,359,688 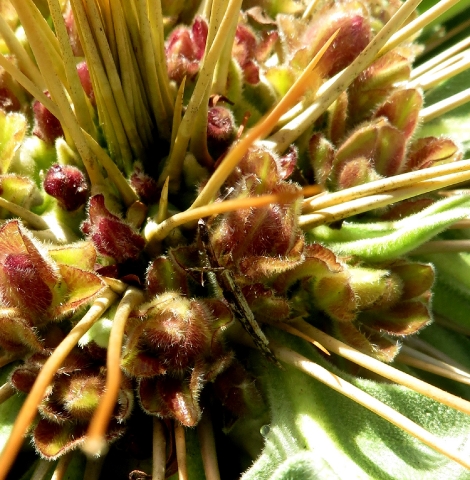 At bloomtime Pachypodium namaquanum produces a dense, stalkless mass of stem-tip flowers among the spines and inside the ring of leaf stalks.

Only buds have formed thus far on the plant in picture. The five sepals are hairy in brown-red among the leaves, the corollas being prepared inside. When the flowers have developed the spines will be hidden by the longer corollas.

The spines on emerging stem-tip tubercles among the flowers spell promise and intent for a future in the range of martial arts practised in the domain of plants, serving to protect flowers until the setting of seed.