Home » GENERA P » Pachycarpus » Pachycarpus plicatus
Back to Category Overview
Total images in all categories: 12,086
Total number of hits on all images: 7,387,173 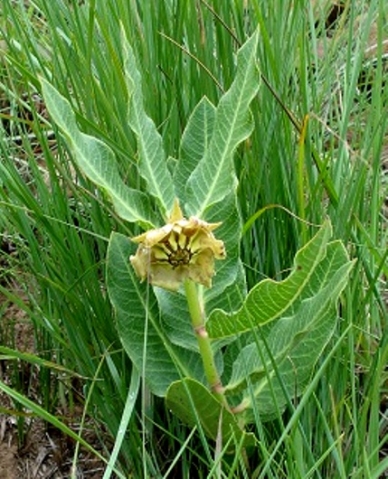 Pachycarpus plicatus, the braided pachycarpus, is an erect perennial growing to 40 cm. It produces a few branches with rough surfaces from the base. The distribution is the Eastern Cape and KwaZulu-Natal; maybe it grows in Lesotho as well. The habitat is open grassland.

The plant exudes milky sap when damaged. It is not considered threatened early in the twenty first century. This photo was taken in the Mkhomazi Wilderness Area of the KwaZulu-Natal Drakensberg (JSTOR; iSpot).