Home » GENERA P » Pterygodium » Pterygodium magnum
Back to Category Overview
Total images in all categories: 12,086
Total number of hits on all images: 7,387,168 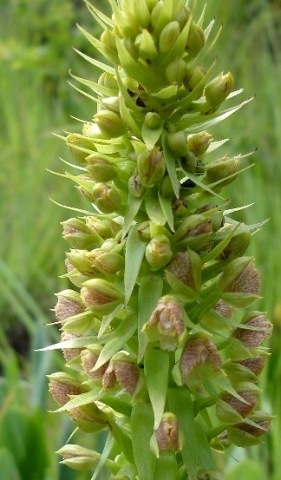 The distribution of Pterygodium magnum ranges from the Eastern Cape in the south to Limpopo in the north, also found in Swaziland and maybe further afield in the African tropics.

The habitat is damp grassland, along watercourses and riparian forest edges of the eastern, summer rainfall area and mainly away from the coast. This terrestrial or ground orchid is not considered threatened as its population is stable in nature early in the twenty first century.