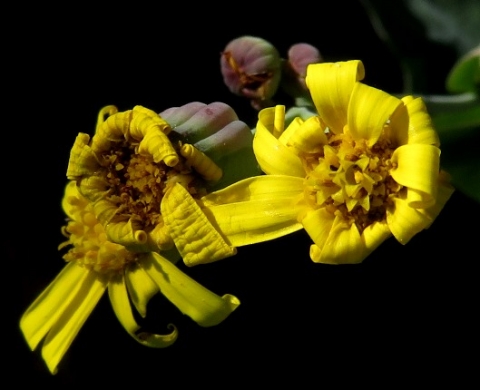 The ray florets of Othonna macrophylla extend by day and curl down tightly by night like paper whistles at Christmas time. In picture they don’t all look the same, just as those whistles do when the children owning them use varying levels of vigour or inappropriate strategies in blowing them.

An open disc floret in the centre of the flowerhead is small, its five pointed lobes angled out. The disc florets in Othonna plants only produce pollen, the rays forming the fruit.

The photo was taken in early August (iNaturalist; JSTOR).