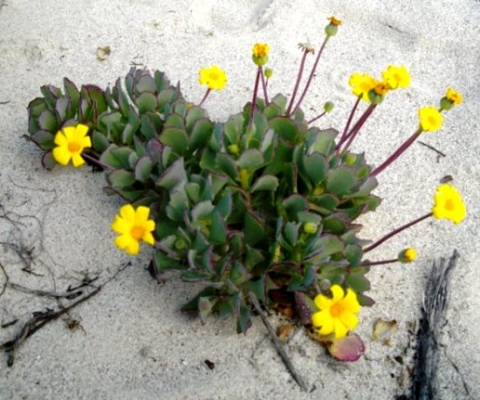 Othonna dentata is sometimes a sprawling shrublet on sand near the highwater mark. Growing there it tends to stay low, while heights around 70 cm are attained slightly further inland on sandstone slopes among the fynbos.

The species distribution is coastal from the Cape Peninsula to around Riversdale, the habitat from dunes to rock fissures on coastal mountains. The species is not considered to be threatened in its habitat early in the twenty first century.