Home » GENERA M-O » Nemesia » Nemesia versicolor
Back to Category Overview
Total images in all categories: 10,596
Total number of hits on all images: 5,234,578 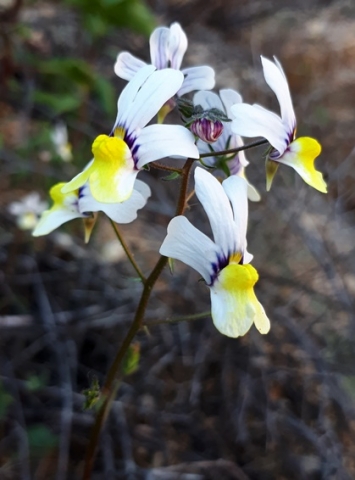 Nemesia versicolor is a slender annual, sometimes branching at the base, reaching heights from 12 cm to 45 cm. The plants produce flowers of variable colour and size.

The species is found in the Northern Cape and the Western Cape. The photo was taken near Nieuwoudtville during early August.

The habitat is sandy flats where large stands of these plants grow in full sun. The species is not considered to be threatened in its habitat early in the twenty first century.

There are two varieties, this one probably being var. versicolor. The other is var. oxyceras only found in the Western Cape (Le Roux, et al, 2005; Eliovson, 1990; JSTOR; iNaturalist; http://redlist.sanbi.org).