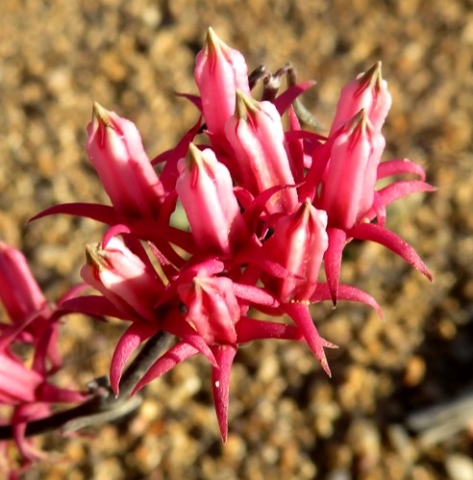 These Microloma sagittatum flowers have tips that do not twist. Variable twisting occurs in the corolla tips of these flowers. There may be hairiness on the outside of the corolla.

The short, white section of the corolla before it tapers at the tip is sometimes absent. The flowers in picture appear old, their usually green tips already brown. Flowering happens during winter or early spring. The photo was taken in August.