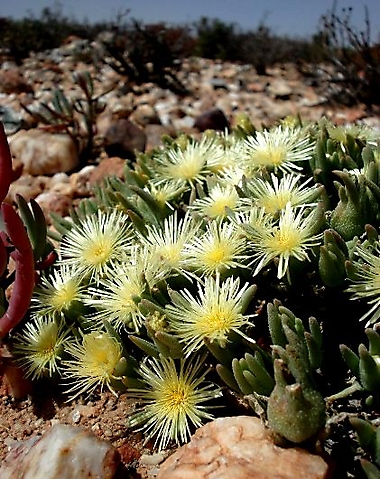 The species distribution is in the northwest of the Western Cape in the Knersvlakte, extending south and east into some succulent Karoo and dry fynbos parts.

The habitat is exposed, stony plains in semi-arid winter rain areas. The species is not considered to be threatened in its habitat early in the twenty first century (Grenier, 2019; Le Roux, et al, 2005; Smith, et al, 1998; iNaturalist; http://redlist.sanbi.org).