Home » GENERA I-L » Lycium » Lycium ferocissimum
Back to Category Overview
Total images in all categories: 9,141
Total number of hits on all images: 4,084,959 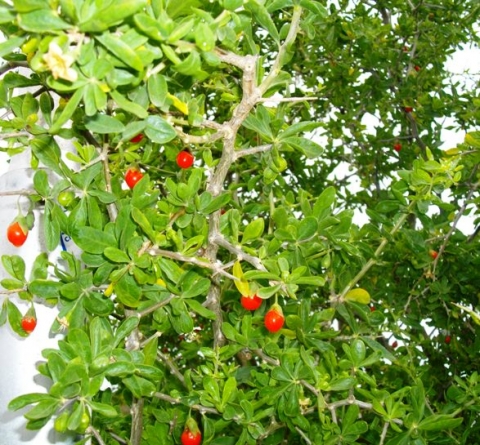 Previous
Image 9 of 30
Next

Lycium ferocissimum is a much-branched, spiny and rigid shrub that grows to 2 m in height. Young stems are green, becoming whitish as they age. Side branchlets are often horizontal and spiny. The stout spines are between 5 cm and 7 cm long.

The distribution of the species ranges from Namaqualand through the Karoo to the Eastern Cape.

The plant is often found on dry, stony flats and lowland areas among variable scrub vegetation. The species is not considered to be threatened in its habitat early in the twenty first century.

The plant was unfortunately introduced in Australia where it has become a weed (Vlok and Schutte-Vlok, 2010; Coates Palgrave, 2002; http://redlist.sanbi.org).