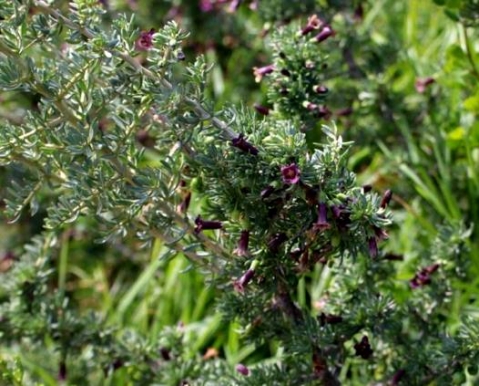 Previous
Image 4 of 37
Next

The twiggy Lycium afrum side-branchlets are stiff, unyielding in contact (which would be ill-advised).