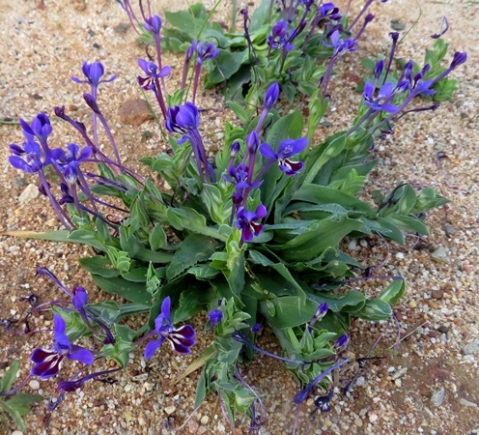 Some leaves in picture have crisped margins. There are small, elongated white patches near the bases of the otherwise green bracts.

Each inflorescence bears several flowers in succession, overlapping in development, although only about one per spike is fully open at any given time (Manning, 2007; Manning and Goldblatt, 1997; iNaturalist).