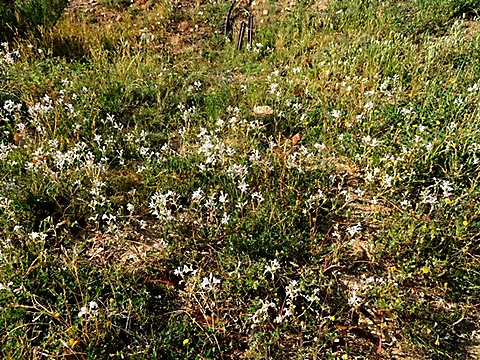 Previous
Image 9 of 53
Next

This stand of Lapeirousia divaricata plants in bloom was seen in the Biedouw Valley during September. Large patches near the foot of some hills were white with them, mostly shorter than 15 cm.

The pale pink of mainly upper tepals sometimes seen was absent from these flowers, the narrow red lines on the lower tepals consistently present.

Fragrance was not noticed, unless up close (Manning, 2007; Manning and Goldblatt, 1997; iNaturalist; www.pacificbulbsociety.org).