Home » GENERA I-L » Kalanchoe » Kalanchoe sexangularis
Back to Category Overview
Total images in all categories: 9,579
Total number of hits on all images: 4,306,993 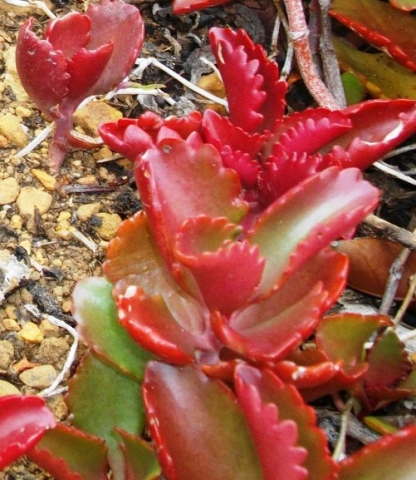 Kalanchoe sexangularis is an attractive succulent shrublet that spreads via many stems, low-growing and dense. The branches are thin and angled, often decumbent. Young stems are red or green depending on the plant’s exposure to sun. The old stems become grey and woody in appearance, but remain soft.

The species distribution in South Africa lies along the eastern escarpment in Mpumalanga and Limpopo. It also grows in Swaziland. The species is not threatened in its habitat early in the twenty first century.

Only 13 of the about 200 species of Kalanchoe, a genus of the Crassulaceae family, occur in South Africa. The generic name, Kalanchoe, comes from the Chinese common name of one of the species (Smith and Crouch, 2009; Germishuizen and Fabian, 1982; www.redlist.sanbi.org).