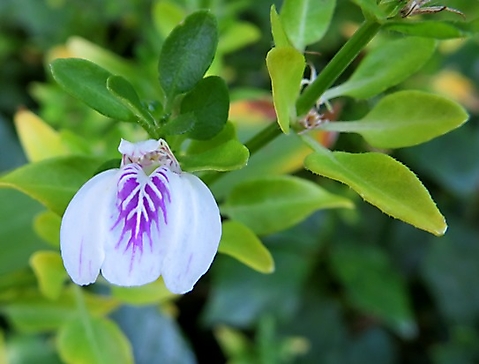 Justicia protracta subsp. protracta is a much-branched herb that sometimes develops woody lower stems and may assume a scrambling subshrub habit. It reaches heights from 20 cm to 1 m.

The species distribution is widespread from the Eastern Cape and KwaZulu-Natal to Mpumalanga and Limpopo, as well as in some neighbouring countries.

The habitat is grassland, woodland, forest margins and thicket. The species is not considered to be threatened in its habitat early in the twenty first century (Pooley, 1998; iNaturalist; www.theplantlibrary.co.za; http://redlist.sanbi.org).