Home » GENERA I-L » Justicia » Justicia species
Back to Category Overview
Total images in all categories: 11,506
Total number of hits on all images: 6,514,427 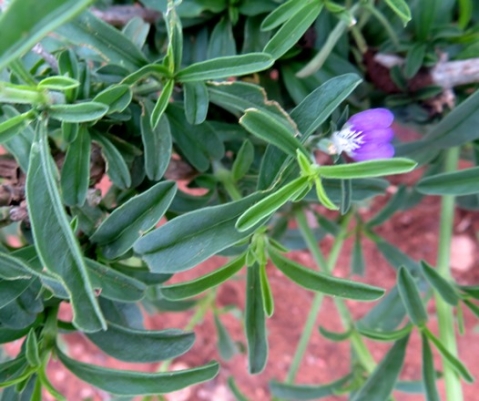 This plant, probably a Justicia, does not quite match the features of Justicia capensis or J. petiolaris, the two most likely candidates.

For the former the leaves are too long and narrow, while the white marking at the base of the lower lip consists of distinct lines only, not a uniform white patch. For the latter the bracts seem different and the flower colour too dark and purple to be the blue justicia.

The glaucous, narrow leaves fold in around the midribs and curve down slightly towards their tips. Only the solitary flower was seen, its upper lip small, the lateral lobes of the lower lip large. The plant was photographed in December in the Mjejane Game Reserve (Manning, 2009; Pooley, 1998; iSpot).