Home » GENERA I-L » Ipomoea » Ipomoea bathycolpos
Back to Category Overview
Total images in all categories: 11,241
Total number of hits on all images: 5,956,704 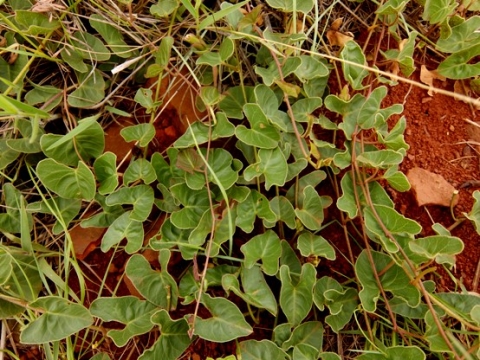 Ipomoea bathycolpos, in Afrikaans known as veldsambreeltjies (little veld umbrellas), is a perennial herb that grows many, long, trailing stems with rough surface texture. The woody rootstock is a long, thin taproot.

The species is distributed widely in summer rainfall grassland of the Free State and the South African provinces north of the Vaal River. The species is not considered to be threatened in its habitat early in the twenty first century (Van Wyk and Malan, 1997; iSpot; www.redlist.sanbi.org).