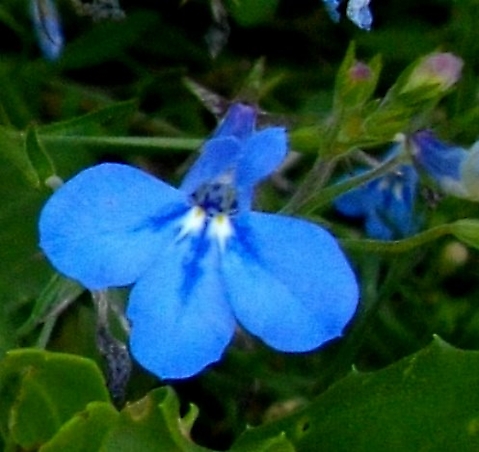 The small upper lip of the corolla has two small, obovate lobes that are erect and hairy. The three larger, rounded lobes of the lower lip are horizontal with darker blue and white markings near the base, sometimes with central stripes to the lobe tips. There are small, apical protrusions on the rounded lobe margins in picture.

Flowering happens from before midspring to early summer (Bond and Goldblatt, 1984; iNaturalist).