Home » GENERA I-L » Indigofera » Indigofera jucunda
Back to Category Overview
Total images in all categories: 9,759
Total number of hits on all images: 4,380,573 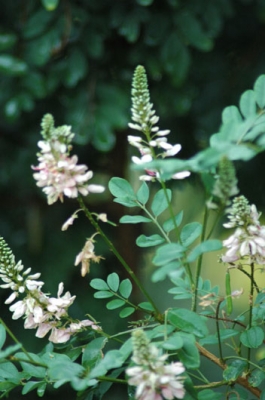 There are more than 700 different Indigofera herbs or shrubs worldwide. More than 200 indigenous species of Indigofera occur in South Africa; many in grasslands, admired for their flowers.

Many of them are covered in forked hairs. The leaves of Indigofera plants are imparipinnate, i.e. they are compound with a terminal leaflet present at the leaf tip. The number of lateral pairs of leaflets vary according to species. Next to the leaf base of plants of the genus stipules are to be found.

Indigo dye produced from certain species of Indigofera found in the Caribbean and south eastern USA made these plants an important crop as early as the 18th century (Wikipedia).