Home » GENERA I-L » Indigofera » Indigofera heterotricha
Back to Category Overview
Total images in all categories: 8,979
Total number of hits on all images: 3,981,816 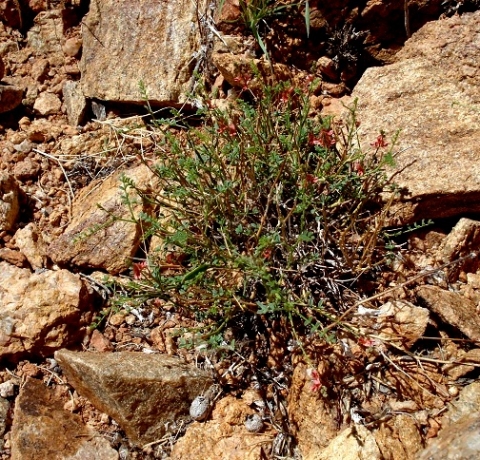 The spreading branches of this Indigofera heterotricha plant are numerous, giving an idea of the growth habit. It was found flowering in April just south of the Gariep River near Pella. Although the base of the stem and rootstock are woody, the plant is regarded as herbaceous, the stems soft.

The majority of the more than 700 Indigofera species around the world are shrubs (iSpot; Wikipedia).