Home » GENERA I-L » Indigofera » Indigofera amoena
Back to Category Overview
Total images in all categories: 9,180
Total number of hits on all images: 4,098,737 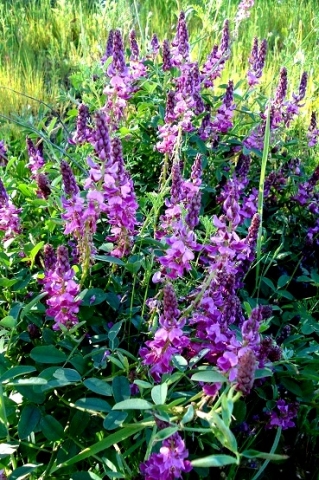 Indigofera amoena grows from a woody rootstock to 1 m, branching much to become a rounded shrub. The green stems are angular and faintly hairy.

The leaves of I. amoena are trifoliolate with elliptic deep green to grey-green leaflets, folded in along their midribs. The purple-pink flowers grow in densely flowered, erect racemes. They appear in midwinter to early spring. The fruits are globose, in the form of straight, narrow, cylindrical pods, up to 3 cm in length.

The distribution lies in the west of the Western Cape from around Nieuwoudtville to Montagu. This plant was photographed near Citrusdal during August. The plant population is stable early in the twenty first century, not considered to be under threat (Bond and Goldblatt, 1984; iSpot; JSTOR; www.redlist.sanbi.org).