Home » GENERA G-H » Holothrix » Holothrix orthoceras
Back to Category Overview
Total images in all categories: 10,212
Total number of hits on all images: 4,867,270 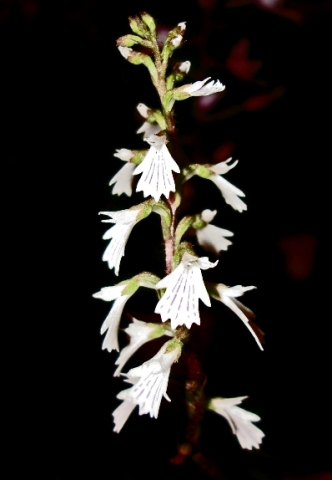 Holothrix orthoceras is a small, slender terrestrial orchid growing from a tuberous rootstock, its tubers ovoid.

The two ovate to rounded leaves with pointed tips lie flat on the ground, one overlapping the other. Leaf surfaces are fleshy and hairless, sometimes appearing translucent, whitish veins streaking across their dark green surfaces.

The species distribution in the eastern parts of South Africa is widespread, from the Eastern Cape to Limpopo; also found in Lesotho and Swaziland and in tropical Africa as far as Malawi. The plants grow among xerophytic mosses on rocks of southern slopes, often in shade, but also on lower grassy slopes. The species is not considered to be threatened in its habitat early in the twenty first century (Gledhill, 1981; iSpot; www.redlist.sanbi.org).