Home » GENERA G-H » Holothrix » Holothrix leaves
Back to Category Overview
Total images in all categories: 8,940
Total number of hits on all images: 3,961,189 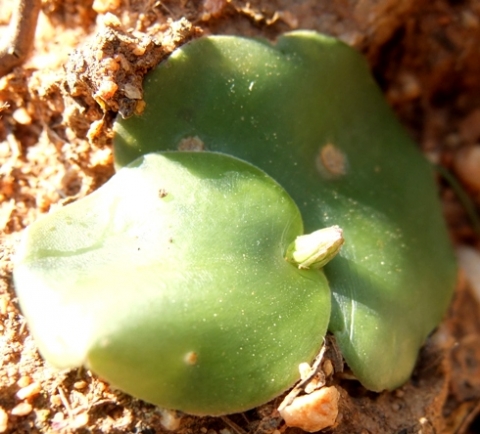 These Holothrix leaves are positioned opposite each other, the older one sheathing the younger (upper) one at the base. Both leaf bases sheathe the beginnings of the inflorescence stem busy growing from the bulb.

The photo was taken in August in the Little Karoo where nine of the 55 Holothrix species are found. Several grow two leaves as here, some are hairy or have tips more pointed than seen here. Fleshy in texture and lying flat on the ground, there are too few clues to identify the species from the leaf appearance. Possibilities include H.aspera, H. grandiflora, H. schlechteriana and H. secunda (Liltved and Johnson, 2012; Vlok and Schutte-Vlok, 2010; iSpot).