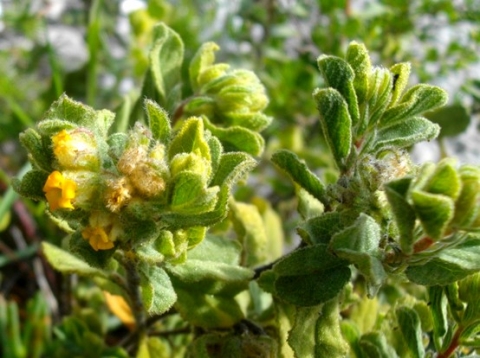 H. salviifolia occurs in the Western Cape and coastally into the Eastern Cape as far as Grahamstown. Its habitat is stony granite or clay slopes. The species is not considered to be threatened in its habitat early in the twenty first century (Bean and Johns, 2005; Bond and Goldblatt, 1984; iNaturalist; http://redlist.sanbi.org).