Home » GENERA G-H » Hermannia » Hermannia flammula
Back to Category Overview
Total images in all categories: 10,191
Total number of hits on all images: 4,848,408 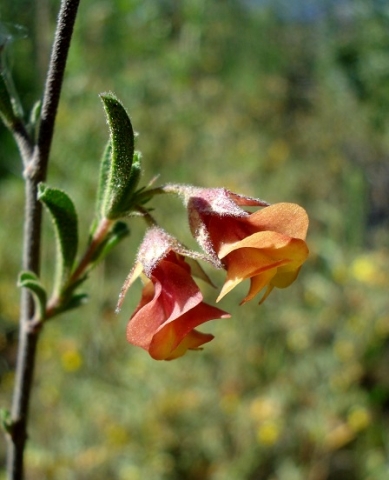 Hermannia flammula is an erect shrublet reaching 60 cm in height.

The leaf shape is narrowly obovate (3 mm wide), widening slightly to a rounded, sometimes notched tip. The leaves are hairy, sometimes shiny and folded in along their midribs. The petioles are short to almost sessile. There are linear stipules subtending the leaves.

The species is found in the Little Karoo and eastwards down the Langkloof to Kareedouw; also westwards to Caledon. The population is stable, not considered to be under threat in 2013.

This plant is single-stemmed and reseeds, doesn’t resprout after fire. It often flourishes in the first few seasons after a veld fire.