Home » GENERA G-H » Habenaria » Habenaria epipactidea
Back to Category Overview
Total images in all categories: 9,765
Total number of hits on all images: 4,382,585 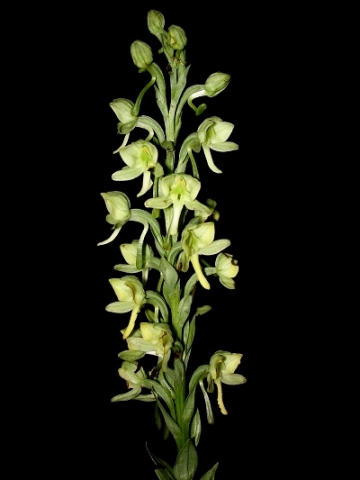 Habenaria epipactidea is a robust ground orchid that grows leaves and flowers annually from a perennial tuber. It has a thick, densely leaved stem reaching 50 cm. The stem leaves below the flowers clasp the thick stalk, tapering to acute tips.

The plant grows throughout the eastern parts of South Africa and in some neighbouring states. It occurs in open grassland, often in moist, even marshy places. Flowering commences in late spring and may continue until early autumn.

This plant was photographed in January near Balfour (Manning, 2009; iSpot; Lowrey and Wright, 1987).