Home » GENERA G-H » Hypoxis » Hypoxis hemerocallidea flowers
Back to Category Overview
Total images in all categories: 10,855
Total number of hits on all images: 5,508,947 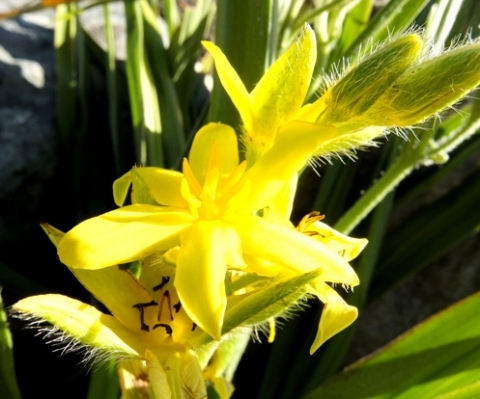 These Hypoxis hemerocallidea flowers show the hairiness of the calyx, particularly upon the still closed buds that are about oblong and green.

An open flower has six spreading tepals and six erect, yellow anthers, oblong with pointed tips around the thick stigma. The flower is about 4 cm in diameter.

About five separate inflorescences on angled stalks, each carrying five to thirteen flowers are produced in the long blooming season that lasts from late winter to autumn (Manning, 2009; Van Wyk and Malan, 1997; www.plantzafrica.com).