Home » GENERA G-H » Hypoxis » Hypoxis hemerocallidea
Back to Category Overview
Total images in all categories: 10,855
Total number of hits on all images: 5,509,117 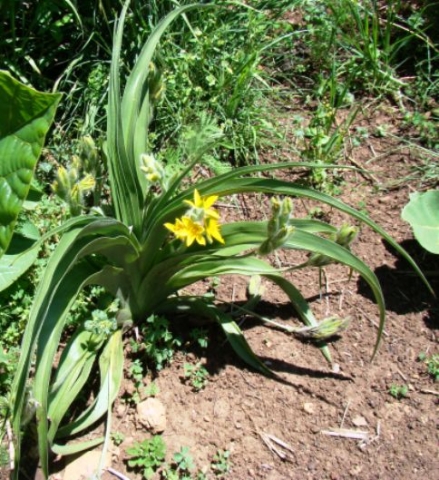 Hypoxis hemerocallidea, the star flower, is a robust perennial growing in summer rainfall grassland in the eastern and northern parts of South Africa, as well as in Lesotho, Swaziland and Botswana. Flowers are bright yellow and short-lived.

The tuberous rootstock resprouts annually and after veld fires, it being fire resistant. The tuber is large, dark brown and hairy. Large numbers of the tubers are dug up annually to be sold on the traditional medicine market. It is also allegedly an ingredient of a variety of current day commercially traded medicines (www.plantzafrica.com).

There is a very long list of ailments for which this tuber has been used as a remedy and is probably still used. If half the list were true, it might be one of the most beneficial medicinal plants the world has known, without even referring to HIV-AIDS added later. Yet, the raw product is apparently toxic and should be used with care and knowledge!