Home » GENERA G-H » Huttonaea » Huttonaea grandiflora
Back to Category Overview
Total images in all categories: 11,104
Total number of hits on all images: 5,771,881 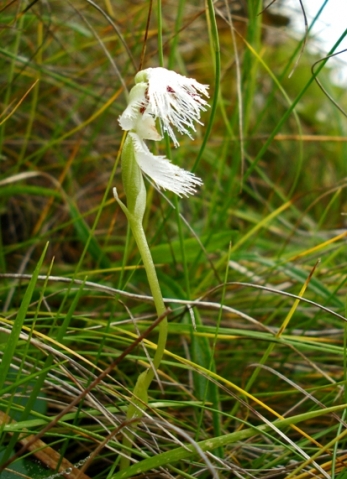 The species distribution is mainly in southwestern KwaZulu-Natal, but also across the borders into Lesotho, the Free State and the northerly mountains of the Eastern Cape.

The habitat is moist grassland on steep slopes and in rocky crevices. The plants are typically in shade, at elevations from 1800 m to 2500 m. The species is not considered to be threatened in its habitat early in the twenty first century (Pooley, 1998; www.africanorchids.dk; www.redlist.sanbi.org).