Home » GENERA G-H » Heliophila » Heliophila juncea, profusion in white
Back to Category Overview
Total images in all categories: 9,410
Total number of hits on all images: 4,229,379 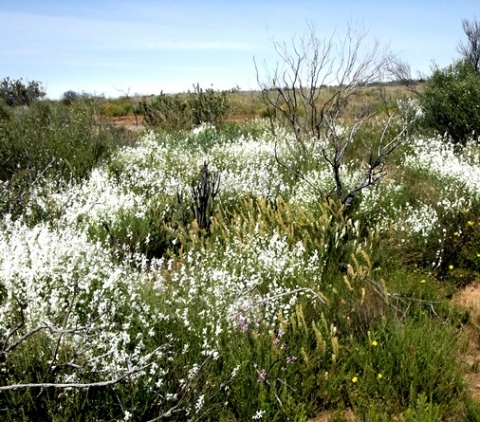 This large stand of white Heliophila juncea flowers were seen in the Gifberg during October. The performance was delivered in recently burned veld, the time when abundant blooming of this plant may be expected.

The plant is a resprouter from its woody basal stem, giving it head start over reseeders after fire (Vlok and Schutte-Vlok, 2010; Manning, 2007; iNaturalist).