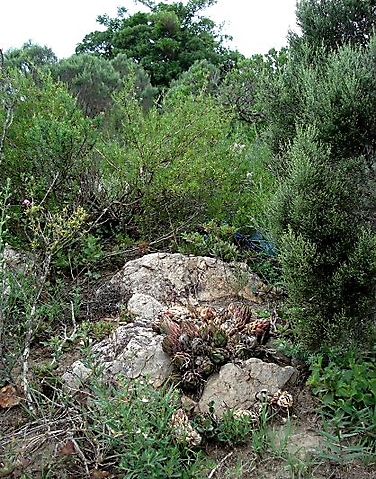 Previous
Image 6 of 28
Next

Seen near Makhanda, previously Grahamstown, this Haworthiopsis coarctata var. coarctata plant grows from a rock crevice. This is a typical spot where the plant is expected to be found in the Eastern Cape where the plants are endemic.

This variety has comparatively short, broad leaves. The other two varieties making up the species have narrower, longer ones. Var. tenuis, found near the Bushmans River, also in the Eastern Cape, has stems half as thick as those of var. coarctata. Var. adelaidensis grows thin stems as well, but they are shorter (Frandsen, 2017; Scott, 1985; iNaturalist).