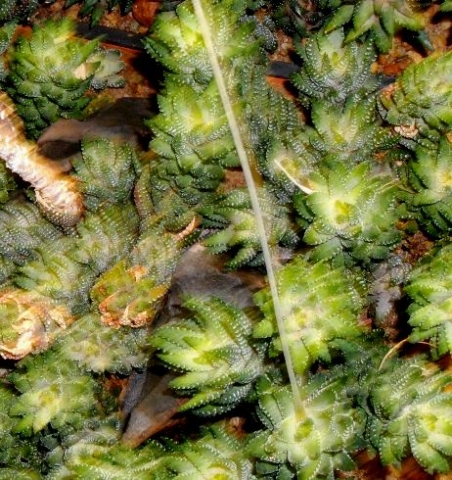 Haworthiopsis coarctata var. adelaidensis is a dwarf leaf succulent. The distribution of H coarctata in the Eastern Cape lies east of Port Elizabeth to Port Alfred and Adelaide. Where var. adelaidensis grows within this natural distribution is not known, other than the name’s suggested association with the town of Adelaide. The habitat (of the species rather than the variety) is Albany thicket and grassland where it grows in ravines, on rock faces and in crevices. The species is not considered to be threatened in its habitat early in the twenty first century.

The plant was previously known as Haworthia coarctata var. adelaidensis. The splitting of Haworthiopsis from Haworthia happened in 2013 on the basis of phylogenetic studies; decisions revolve around sharing the same ancestor species or not. Many Haworthiopsis plants are endemic to the Eastern Province, although some are also found in several other South African provinces.