Home » GENERA G-H » Haworthiopsis » Haworthiopsis tessellata
Back to Category Overview
Total images in all categories: 10,169
Total number of hits on all images: 4,830,240 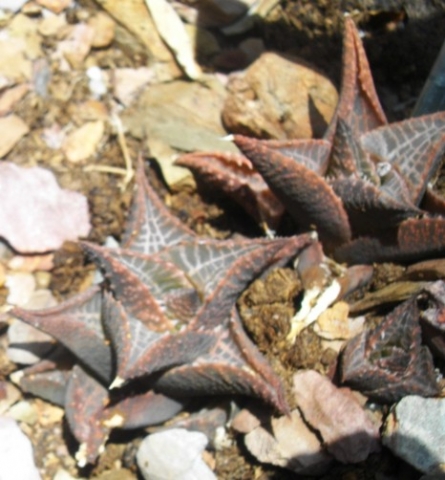 Fortification against the elements may take spectacular forms. Haworthiopsis tessellata is small and compact, but aggressively attired for surviving against hard times produced by weather.

Some grazing passersby may not dare take a nibble from something like this, while others may not notice the plant in the arid and stony surroundings at all.

H. tessellata is variable in appearance. It grows in much of the Western, Eastern and Northern Cape, as well as in Namibia (Scott, 1985).