Home » GENERA G-H » Gardenia » Gardenia thunbergia that can't count
Back to Category Overview
Total images in all categories: 8,946
Total number of hits on all images: 3,962,568 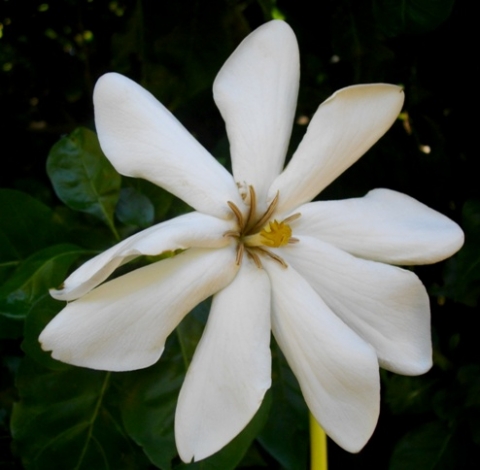 This Gardenia thunbergia flower has an extra corolla lobe: Flowers of the species usually have eight lobes; this one has nine. It is not known how common this phenomenon is.

Lucky four-leaf clover incidence is said to be 1 in 10 000. But G. thunbergia is not Irish and no Druids were ever available to formulate dogma concerning its tales of fortune, good and bad. So this may become an altogether new numbers and imagination game, if anybody is interested and if Africa has need for more of those.

Note the anticlockwise overlapping of the white lobes of the flower (www.lucky-four-leaf-clover.com).