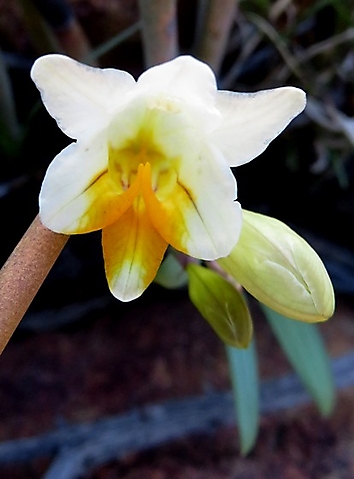 The two-lipped Freesia occidentalis corolla is mainly white on its six round-tipped tepals. Dull olive-yellow on the inside at the back, combined with a splash of orange in the front on the lower three tepals, adds a touch of floral distinction.

The flamboyance is enhanced by two marginal lobe protrusions from the flanks of the lower lateral tepals joining, resembling hands folded in a namaste gesture, formally welcoming pollinators (Bond and Goldblatt, 1984; iNaturalist).