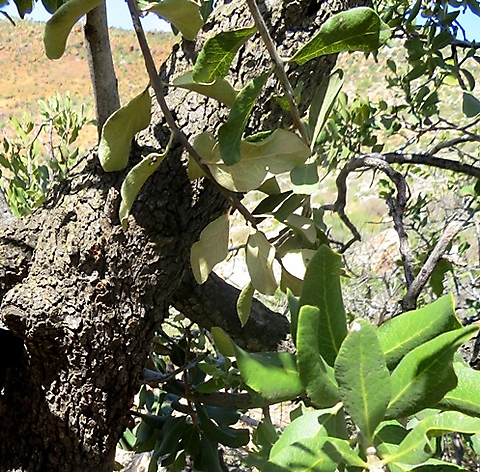 The species distribution is in the west of the Western Cape and Northern Cape, from the Cape Peninsula to the Richtersveld and slightly into southern Namibia. The photo was taken in the Biedouw Valley.

The habitat is arid fynbos, scrub and succulent Karoo on dry, rocky slopes and along kloofs and watercourses. The species is not considered to be threatened in its habitat early in the twenty first century (Coates Palgrave, 2002; Bond and Goldblatt, 1984; iNaturalist; http://redlist.sanbi.org).